Last week’s Formula 1 threw up an unpredictable race with Will Stevens and Robert Mehri ended up first and second. Indeed, this would cause a great sensation – if it was true. The success of the Hungarian Energofish Team in the European Fishing Tackle Trade Exhibition (Efttex) is a miracle of our technicians’ precision and careful planning. In the Soft/Dough Bait category our products won first and second prize.

The experts in the exhibition found it important to note that not only huge companies can win the first prize. It has never happened before that a relatively small company defeated all the other giants.

Benzar Jelly Baits was chosen the Best New Soft/Dough Bait. We believe that this product revolutionize our ideas of imitation baits. Actually, these hookbaits are not made of plastic, but soluble albumen. Therefore, Benzar Jelly Baits do not pollute the environment unlike other similar products. Despite the fact that they are not made of plastic, they sit on the hook perfectly. What makes them unique is the special aroma that fish are unable to resist. These lifelike hookbaits look exactly like the creatures they imitate. No wonder people kept asking us if they were real. You can get various imitations such as maggot, bloodworm, worm and caviar.

To our great surprise, not only was Energofish Team awarded first prize, but also second. The international jury must have appreciated the special fluorescent ingredient that we use in our extremely popular Fluoro Carp micro pellet.

Evidently, we had many other products in the competition. Although L&K Cheburashka did not win any prize, many people loved it.

Another innovation of Energo Team is the revolutionary iBite, which is the bite alarm of the future. At this point it can prove useful in feeder fishing. Unlike other bite alarms, iBite detects vibrations, not the movements of the line. It sends the sign to your smart phone, where a special app filters out the vibrations caused by the currents. Even if you can’t watch the rod for a second, you won’t miss any bite thanks to this innovative gadget.

Although it was not in the competition, many people were interested in the PVA-52 Bombs. These PVA bags are filled with pellets and ground bait. A palatable combination for carps! Most of the products, except for iBite, will be available soon. Don’t hesitate to try them out! 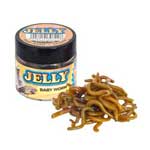 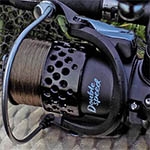 As a part of our expansion strategy, we decided that launch an English Facebook page besides our already existing pages, which are available in some Eastern European languages. Our goal is to make ourselves easily reachable for all our customers in Europe and around the world. If you are interested in angling, do not hesitate to visit our new Facebook page for new infos, tips and tricks! Please also feel free to like and share any topics. To visit our Facebook page click here! ... 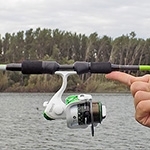 Under the colorful coat of this rod, you find a true workhorse. It is indeed a slim rod made of IM8 carbon with enough power in reserve. The neoprene handle is a delight to touch. During fishing, the rod becomes your elongated forearm, which helps you detect every shy bite and vibration of your lure. Although it is a strong fishing rod, it is not heavy at all. Yes, I am talking about the latest spinning rod family of Energo Team, namely, Wizard Classic Jig and Drop Shot rods. The... 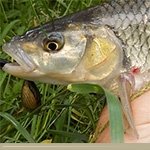 In my previous article, I mentioned that Drop Shot rods are one of my favorites, and their performance cannot be overestimated. This might sound biased, but trust me; I know what I’m talking about. After months of using these rods, I can safely say that they satisfy all my needs when it comes to ultra light spinning. Fishing with little soft baits cannot be more enjoyable, and, of course, let’s not forget about wobblers either. I’m not... 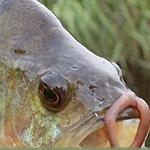 t Nowadays, it is not easy for a new Bolognese rod to make a name for itself. It should be either at a reasonable price or of outstanding quality to win anglers’ sympathy. Unfortunately, these two criteria rarely meet. Energo Team’s Rubin Bolo has been widely used for years not just by Hungarian but foreign anglers, too. However, ET Nase Bolo, which made its debut in spring 2015, is considered a novelty. Rubin Bolo is a real workhorse.... 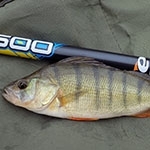 This year was full of surprises for devoted bolognese anglers. As I’m a bolognese angler too, I feel lucky to have got to know two excellent bolognese rods within six months. We have just introduced Nase Bolo, and now we have another rod that makes its debut. I can safely say that this is a magnificient rod too. Its price category reflects its unique features. If I had to rank Energo Team’s rods I would definitely put Blade-Tanaka-Nase bolognese rods to the first...